A couple weeks ago I found myself high-tailing it out of the city for a much-needed (in my opinion) break from the rat race. The sun was shining bright on the hood of the car as I rolled the windows down to bask in the glory of the dry open road and the glorious beaches waiting for me in the Okanagan Valley.

Some of you might guess where I’m going with this.

There are no beaches in the Okanagan right now. Only lake. Lots of lake. The waters of Lake Okanagan in Kelowna, Peachland, and Penticton are as high as they’ve been since extensive flooding in 1948.

This really cut into my ability to take the great dane down to the dog beach to throw the ball around. But I’m not about to complain, it was still beautiful.

Except I was only passing through. Try looking for the silver lining when your home is ten minutes from the rising waters and everything you own is threatened. Needless to say, residents of the area weren’t sharing my optimism.

“The saturated ground and high water table has already caused flooding in Zebeda’s backyard, and a few days ago water began to seep into her basement.

Zebeda, a single mother who works five days a week, said she hasn’t been able to spend as much time dealing with her property as she would like to.”

That’s Mission Creek resident Maria in an interview with the CBC a month ago as the shock of her situation literally started to set in. It’s a frightening prospect as you realize just how little power you have to prevent the flow of so much water.

Pay close attention to your surface water, Lower Mainlanders. If it’s sitting and not draining, your system (if you have a pump and drainage system) could be blocked, you could have poor quality impermeable fill, or the lack of maintaining your yard drainage (yes, you need to flush these lines and clean these catchbasins as well).

The symptoms of blocked drain pipes or systems that can’t handle the amount of flow they’re facing are a bit different in the Lower Mainland and on Vancouver Island when compared with the situation in the Okanagan. Kelowna residents are facing an enlarged water table that their municipal and residential systems are battling to overcome.

Here on the island and in Vancouver, rain flow is our main enemy.

You’ll know your system is having issues if your eavestroughs are overflowing or your downspouts are splurging water at an alarming rate. Hopefully the fix is simply getting on a ladder and clearing any leaves or dirt or gunk that have accumulated in your eavestroughs, but if the problem is water not going down into the drainage system and overflowing, you have a bigger problem.  The roof debris may have blocked the drainage system, this is not good.  If you have lots of trees around, you should be installing gutter guards or debris catchers.  These are a must.

No one wants to replace their basement floors, their furniture, or the wiring in the bottom half of their house, but that’s what will happen if you let procrastination get the best of you. For Maria, facing a situation out of her control and fighting with sandbags and pumps and good old fashioned muscle, it’s exhausting to deal with, and by no means did she procrastinate. Sometimes we just can’t control the elements.

If you see dirt stains on exterior walls or water flowing down the side of your house or stagnant water on your grass, please don’t sit and hope it will go away. We’re not asking you to spend a bunch of money (unless spending money now in order to avoid a catastrophic cost later is the right answer), we’re just saying it pays to be vigilant. The Lower Mainland isn’t immune from the conditions threatening the Okanagan right now, so don’t procrastinate.

Finally, we’re sending our best wishes to the hearty folk of the Okanagan. Between the fires and the floods and the wineries, our hats are off to you for dealing with all these issues year after year. 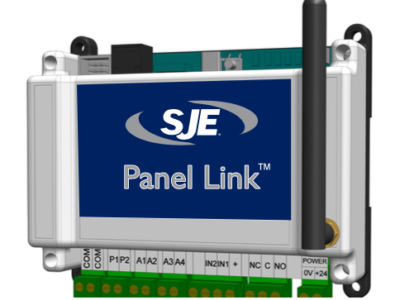 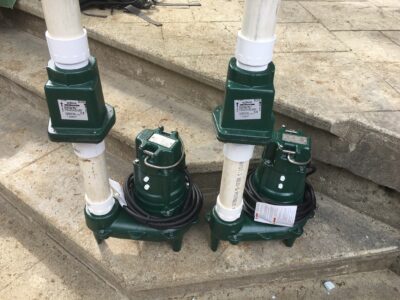 What are the 4 Key Requirements of Residential Pump Systems? 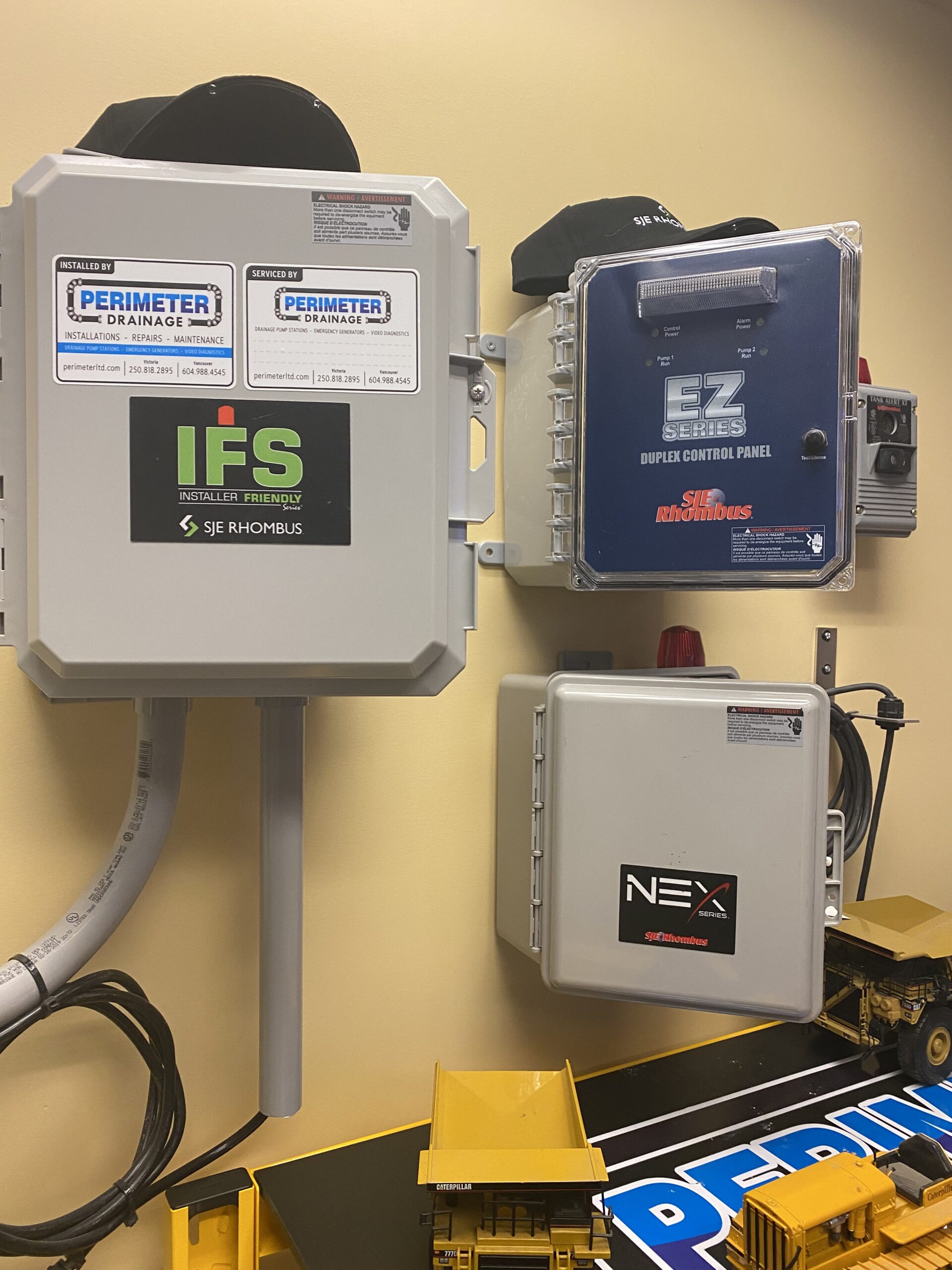 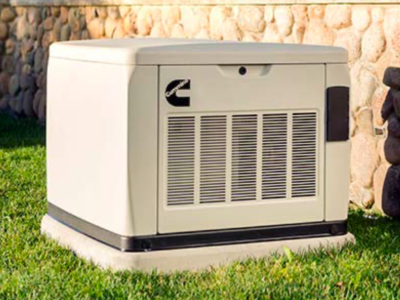 Battery Backup Systems for Pumps – Do they work?
About Post Author
Chris Gray
I would like to think that myself and my main Service Foreman Craig are the two best drainage personnel in the business. We have extensive experience in designing, maintaining and installing a wide variety of drainage, sewer and water systems. We have built our company based on referrals, not thru mass advertising. This in itself proves that we run a top notch solution oriented service that allows our clients peace of mind when they hire us. I am also proud to have the ability to invest in my community. My staff have worked hard to have us involved in the following past and present community events: BC Ride to Conquer Cancer 2013-present North Shore Inline Hockey Perimeter Drainage Scholarship John Henry Jump Jam Days Greater Vancouver Food Bank Canucks Place Back in 1998, we were one of the companies to provide residential drainage video diagnostic inspections. Along with video, we also introduced drain cleaning by water jet. As our company evolved, we designed and built on of the first gas powered automatic switched generator used during power outages. People who relied on pumps would flood on every power outage. We then moved onto installing natural gas versions as the technology evolved. Other designs include changing a duplex panel to a 3-float system from 4-float. Typical design was off-on-override-high level alarm. You would never know when one pump was not working and only find out when your high level alarm would go off. At this point, both pumps would have failed and you would be close to flooding. We modified the design to allow the high level alarm to go off before the over ride switch. This would notify the owner that one pump was not operating and they could contact us to service the pump. This stopped many floods from happening. This changed the panel to now become a 3-float system where the over ride float and high level float were combined as one. We are proud to install quality products that we stand behind. This allows us to have one of the best warranties in the business. I have found thru the internet that with over 3000 satisfied customers, positive online reviews are the key to success. As we try our best to have total satisfaction in our work, we can not satisfy 100% of our customers. I think we are at 99.91% and I am ok with that. Please read our reviews that we have copied onto our site from Google and Home Stars, we also receive hand written reviews from our customers that we started to post on our site. A positive online review is the ultimate gift from a client. That means we have made that client happy to go out of their way to share their experience with my team. As we constantly are changing the way the industry works, we hope we can give our clients the best knowledge available to give them peace of mind during our less than favourable weather conditions. Please feel free to call me if you want to discuss any issues regarding design, installation and maintenance on your home’s drainage, sewer and water systems. Chris Gray Owner – Perimeter Drainage Ltd