The Devastating Effects of a Power Outage

Imagine waking up in the morning, rolling over and setting your feet down in a centimetre of water

Imagine waking up in the morning, rolling over and setting your feet down in a centimetre of water resting comfortably atop your bedroom carpet.

For the thousands of people in Vancouver’s Lower Mainland, the symbolism rings true. Over 100,000 people were left without power at the height of the storm on November 17th a few years back, as winds gusting at over 100 km’s per hour and surging rain battered the province.

Harsh weather is part of the deal in the Pacific Northwest. The rain is going to fall no matter what, and it’s up to us (our company, but also you, loyal reader) to take preventative action. It’s tough to preach at times like this, but the attention we’re paying to the weather right now will no doubt stir some of you to action.

Why No Power is No Fun

Most streets on the North Shore have homes built into some sort of slope or bank that has gravity working for it on one side, and gravity working against it on the other. Some homes are built deep in the ground or below the level of the municipal drainage pipes, so they have rain and ground water coming at them from all angles.

This is why these homes have sturdy pump systems that will send water away from your basement and into the municipal’s drainage system. During and after big rainstorms, some homes have to pump water every 20 seconds or the basement will flood in 5 minutes.   Its a reality in many homes we service.

These pumps run off electrical power. If the wind knocks a tree into the power line, a common occurrence in storms like many, and your power goes out, your pump goes out and water can have its way with your basement.

We know it’s no fun when your kids lose their wifi (alright, when you lose your wifi), but there are devastating effects incurred in the aftermath of a flooded basement. Not only are personal belongings destroyed, but your home could be at risk to gas leaks and contaminants in the water such as chemicals and bacteria along for the ride in the floodwater.

Plus, your home itself could incur structural damage, to your foundation if not built properly, the drywall, hardwood flooring, carpets, heating ducts, the list goes on.  We’ve been called to houses with three feet of water in the basement where everything was destroyed and the entire basement of the house needed to be gutted.

So yeah, a flooded basement is bad news.

What Can You Do?

Look, it’s going to be tough for families in the lower mainland if they incurred flood-related damage, but the inly way to avoid the problem is through education.

Emergency generators are an absolute must for homes susceptible to floods.

We are an Authorized Dealer and Installer for both Cummins Home Standby Generators and Generac Generators.  They both have their demographics.

These systems use a programmable logic controller, or PLC. In the event of a power outage, the PLC is triggered and sends a signal to a backup generator within 15 seconds.  The generator turns on automatically, and when full power is achieved, it transfers that power to your designated emergency circuits.  One of those would obviously be your drainage pumps, one of the others is obviously your wine cellar.  You can chose what circuits are most valuable to you when the power goes out.  There is no priority other than what is the most important.  Pumps, food storage and cooking, heat or cooling, a set of lights and kids wifi.  Anything else is a luxury and you don’t want the whole house or you may get lots of instant friends if you are the only house lit up during the night.  Back to my train of thought…..

Once power returns, an automatic transfer switch senses the electricity and switches back to local hydro power from the emergency generator.  The generator goes thru a cool down then shuts off automatically and sets itself up for the next power outage.

13-20 kilowatts of power from the generator is all it takes to keep your pumps pumping, your freezer freezing and your wifi … operating.  Newer homes include emergency generator wiring but most older homes don’t know they exist. With these systems, everything happens automatically so you don’t have to run out in the middle of the rainy night in your boots to start up your backup generator.

And that’s not even the worst case scenario.

We’re going to be busy over the next few months or so, so please keep dry and give us a call if you need a hand. 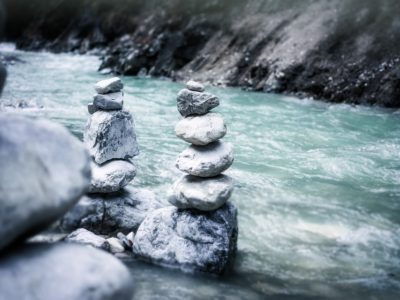 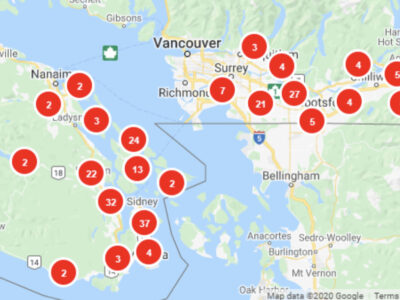 Happy Wife Happy Life in Drainage Terms
Are Water Barrels Making a Comeback?
Chris Gray’s Favourite Drainage & Rain Management Tips
About Post Author
Chris Gray
I would like to think that myself and my main Service Foreman Craig are the two best drainage personnel in the business. We have extensive experience in designing, maintaining and installing a wide variety of drainage, sewer and water systems. We have built our company based on referrals, not thru mass advertising. This in itself proves that we run a top notch solution oriented service that allows our clients peace of mind when they hire us. I am also proud to have the ability to invest in my community. My staff have worked hard to have us involved in the following past and present community events: BC Ride to Conquer Cancer 2013-present North Shore Inline Hockey Perimeter Drainage Scholarship John Henry Jump Jam Days Greater Vancouver Food Bank Canucks Place Back in 1998, we were one of the companies to provide residential drainage video diagnostic inspections. Along with video, we also introduced drain cleaning by water jet. As our company evolved, we designed and built on of the first gas powered automatic switched generator used during power outages. People who relied on pumps would flood on every power outage. We then moved onto installing natural gas versions as the technology evolved. Other designs include changing a duplex panel to a 3-float system from 4-float. Typical design was off-on-override-high level alarm. You would never know when one pump was not working and only find out when your high level alarm would go off. At this point, both pumps would have failed and you would be close to flooding. We modified the design to allow the high level alarm to go off before the over ride switch. This would notify the owner that one pump was not operating and they could contact us to service the pump. This stopped many floods from happening. This changed the panel to now become a 3-float system where the over ride float and high level float were combined as one. We are proud to install quality products that we stand behind. This allows us to have one of the best warranties in the business. I have found thru the internet that with over 3000 satisfied customers, positive online reviews are the key to success. As we try our best to have total satisfaction in our work, we can not satisfy 100% of our customers. I think we are at 99.91% and I am ok with that. Please read our reviews that we have copied onto our site from Google and Home Stars, we also receive hand written reviews from our customers that we started to post on our site. A positive online review is the ultimate gift from a client. That means we have made that client happy to go out of their way to share their experience with my team. As we constantly are changing the way the industry works, we hope we can give our clients the best knowledge available to give them peace of mind during our less than favourable weather conditions. Please feel free to call me if you want to discuss any issues regarding design, installation and maintenance on your home’s drainage, sewer and water systems. Chris Gray Owner – Perimeter Drainage Ltd